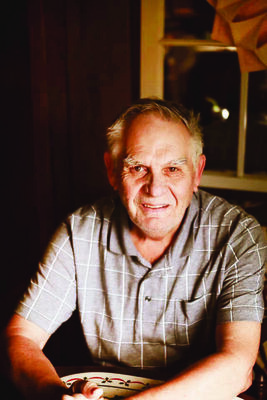 Robert Daniel “Dan” Hargrove, 79, went to be with his Lord Tuesday, January 17, 2023. Dan was born in DeWitt, Arkansas on May 8, 1943 to James Daniel and Velma Irene (Reidhar) Hargrove. He was raised in the Point Deluce community where he met the love of his life, Betty Sue Pittman. They shared 59 years of marriage and had two daughters, Marica Kay (Rex) Edwards and Dana Kay Kemp both of DeWitt.

Carrying on the legacy of his grandfather, Jim Hargrove, Dan dedicated his life’s work to farming. After graduating from DeWitt High School, he built a successful farm operation to support his family, while also including his brother, J.W.

Dan was mechanically minded and could build or fix anything. He used his skills to build his family a home, in which he resided until his final day. He loved farming and spent countless hours designing tools and equipment to make the job easier. He enjoyed sharing his inventions and helping others any way he could. He was generous to use his God given talents in his community, and in his church, Unity Missionary Baptist. When Dan wasn’t farming, he enjoyed deer hunting, camping, and taking his pup Koko for a ride to find someone to talk to.