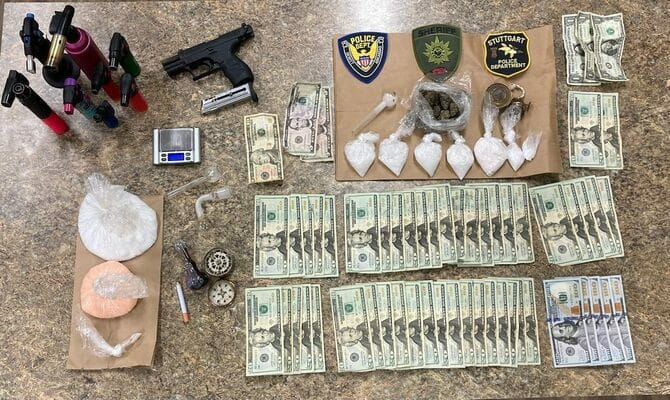 After recording Mr. Austin selling several ounces of methamphetamine, law enforcement attempted to stop Mr. Austin, who fled in a vehicle owned by Ms. Jeffery. Mr. Austin abandoned the vehicle and fled on foot but was apprehended with methamphetamine and marijuana on his person.

The combined efforts of the law enforcement agencies netted the seizure of five ounces of methamphetamine, an ounce of marijuana, a defaced firearm, multiple items used to prepare and sell methamphetamine, and the confiscation of $1,550.00 and one vehicle.