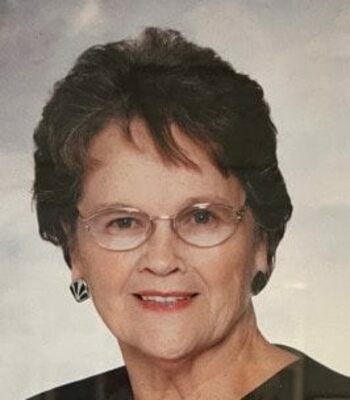 Iris Murray died at the age of 86 on June 3, 2022. Born in Alabama to the late George and Rosa Osborn, Iris was the youngest of five children and remained nameless until a beloved uncle named her when she was one year old. Before children, she and her late husband were avid hunters, and she was honestly a better shot than Gordon as evidenced by the pictures the family has seen. She moved with Gordon “Grizz” to Arkansas and raised her family and proudly finished her college education.

A member of the American Legion Auxiliary Unit #343 in Redfield and La Femma Cabane Locale 182, a partner in the 8 and 40 Salon 311 in Pulaski County, she was also a longtime volunteer at the VA Hospital in Little Rock. She served as department President of the American Legion Auxiliary and Departmental Chapeau of the 8 and 40 in Arkansas. She loved serving veterans and working with children. She was a volunteer leader when her children were in 4-H.

Iris entered the family tradition profession, teaching, and retired from the Redfield School District. She also taught in the Alzheimer and Case School Districts.

Graveside service will be Friday, June 10, 2022, at 1:00 p.m. at the Arkansas State Veterans Cemetery where she will be interned with her husband, Gordon.