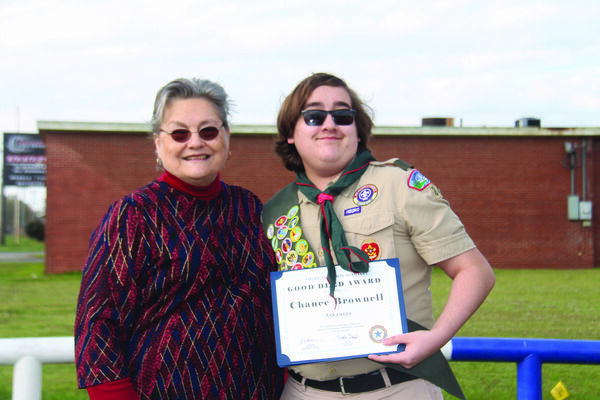 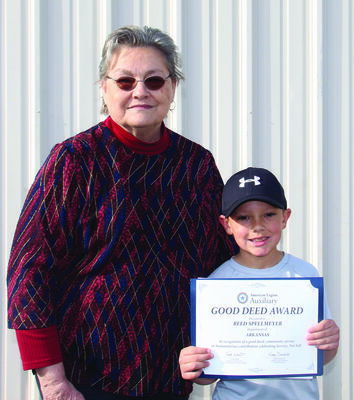 Reed Spellmeyer was given his award for a donation he made to the Stuttgart Parks and Rec. The donation was funds raised by Spellmeyer for doing odd jobs around his house and from the tooth fairy. Reed is in the 2nd grade. He is the son of Robert and Melissa Spellmeyer who were very proud that he decided to donate on his own.

Chance Brownell received his award for donating an old mailbox to be used for old flags that are turned in to the American Legion for retirement. He did the project to receive his Eagle Scout designation. He came up with the idea and then was able to get three local companies to donate the materials. His is the only place in Stuttgart to retire flags. He was helped by his scout leader and pack 84. Brownell is the son of Kevin and Lynne Brownell of Stuttgart.

According to a letter that was included with the Good Deed awards, National Children and Youth Chairman of the American Legion Auxiliary stated, "This award was created in 2002 by one of the American Legion Auxiliary committees, the National Children and Youth Committee. The committee created the award to recognize girls and boys like you who demonstrate a kind caring act of selflessness."

The American Legion Auxiliary gives these awards in hopes that more kids will perform good deeds in their community.