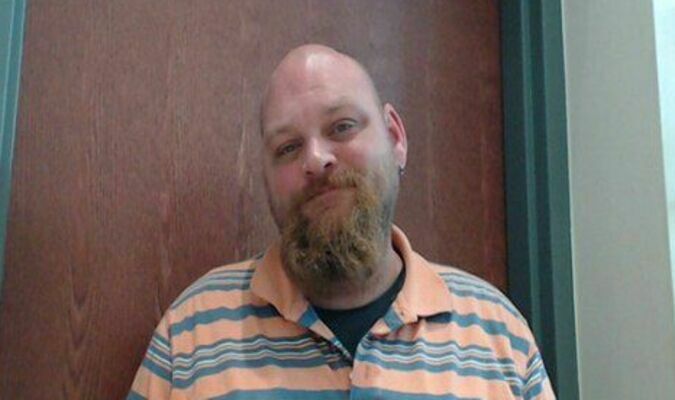 On March 9, 2022, the Conway Police Department issued a community notification regarding Donnie Trammell, a Level 3- High Risk Sex Offender. Trammell was convicted of Sexual Assault in the 2nd Degree for engaging in sexual contact with a 4- to 8-year female victim in August 2009.

Trammell informed the Conway Police Department that he would be residing in the city and registered his address as homeless. CPD issued the notification to let their citizens know that Trammell was a registered sex offender to help keep the community safer.

Later in the day of March 9, 2022, DeWitt Police Department’s Chief of Police, Steven Bobo, was alerted that a post had been made on Facebook about Trammell. The post stated that Trammell was living in the city of Dewitt, but was supposed to be in Conway.

Trammell was not registered with DeWitt Police Department and was not supposed to be living in DeWitt. Chief Bobo contacted Sgt. Sean Hargrove who is in charge of the Sex Offender Registry list and makes home visits with those who are on the list, and he had not heard of Trammell.

Chief Bobo then contacted CID Bradley Wilson and Patrolman Taylor Roush to alert them of the situation, and at 8:04 p.m., they all met at the residence that Trammell was living at.

Trammell was placed into custody and charged with Failure to Register, which is a felony, and was then transported to the Arkansas County Jail.

“I want to thank all the officers that were involved, who came out on their time off to handle this situation. The DeWitt Police Department takes the registry of sex offenders very seriously and do home visits to make sure those subjects are living where they are supposed to be. The safety of the children of DeWitt is of the utmost importance,” stated Chief Bobo.

He went on to say, “If anyone has any questions about a registered sex offender, please contact the DPD. If we don’t have the answer, we will quickly find out. We all love our city and will do our best to protect it.”