Jackson to Serve as GFWC-Arkansas President 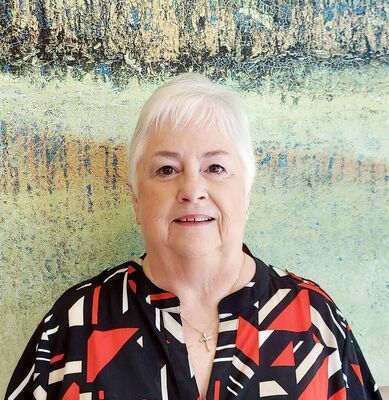 Jackson to Serve as GFWC-Arkansas President

“I worked for the City of Stuttgart for 37 years as the Finance Officer and retired in 2014. I didn’t want to be busy and in meetings every day, but I didn’t want to just sit at home. I joined the AMICI Club six months before I retired and now here I am, taking on the role of President of the General Federation of Women’s Club – Arkansas,” stated Jane Jackson.

Jackson is a graduate of the University of Arkansas at Little Rock with a BBA(1991). She has been married to her husband George (Bill) Jackson for 50 years and takes a lot of pride in her community and giving back. “Receiving the John Woodruff City Above Self Award in 2014 meant more to me than anything else I’ve ever been awarded,” Jackson stated.

The story behind GFWC is quite interesting. “Jennie June”, or Jane Cunningham Croly, organized a club for women only after she and other women were denied admittance to an all-male banquet honoring Charles Dickens in 1868. That brought to life the GFWC in April 1890 and on April 22, 1897, the Arkansas Federation of Women’s Clubs was admitted to GFWC.

The Arkansas General Federation of Women’s Club has fifteen clubs made up of 334 members, with three of those in Stuttgart and one in DeWitt. Jackson is excited to see what the upcoming year will bring as she serves as the President of GFWC-Arkansas. She will travel to New Orleans for the official induction ceremony.

“I have had a few panic attacks already. It is a major deal to serve the entire state and I can only hope I fulfill my duties to the best of my ability,” Jackson said.