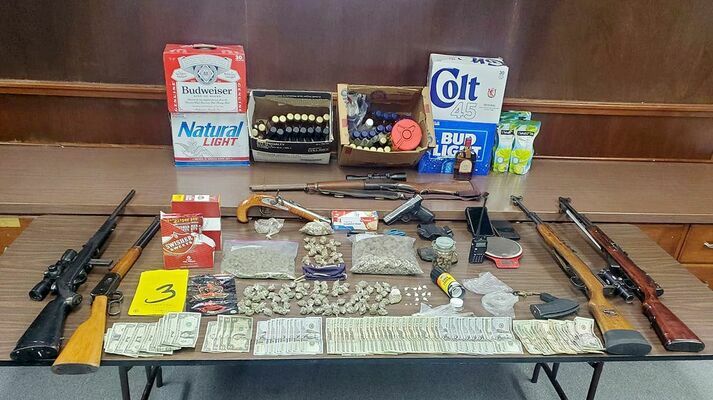 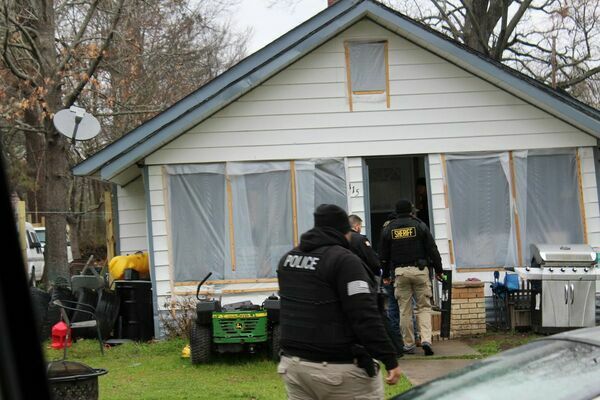 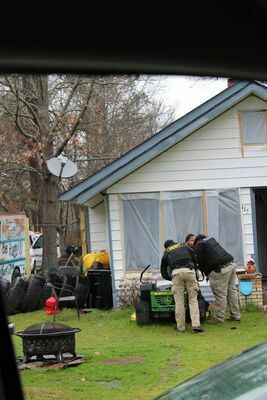 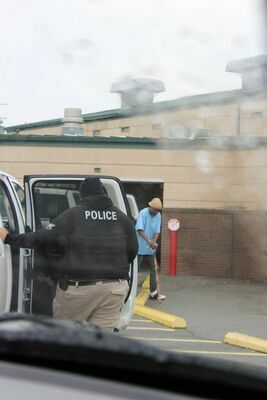 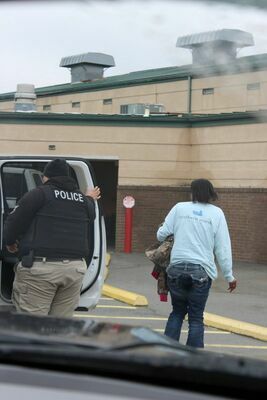 We have brought you information on recent drug busts in the city of DeWitt, and here we are again providing you with another report on “Who’s Next?” from the DeWitt Police Department. Drugs, alcohol, firearms, paraphernalia, and vehicles brought in the amount of $7,440 in street value were recovered during this report.

To date, $27,440 worth of drugs have been removed from the streets over the past four weeks.

This section of “Who’s Next?” is a little different, as it is from the reporter’s first-hand view of how the DeWitt Police Department and Arkansas County Sheriff’s Office are working diligently to rid the streets of drugs.

This reporter was able to get a first-hand view of what goes on behind the scenes when a search warrant is served. Reporting what is given is one thing, but being present during the briefing, execution, and actions involved in serving a search warrant is an experience in and of itself. One truly does not know the extent the DeWitt Police Department and Arkansas County Sheriff’s Office go to in order to maintain a search warrant, have a solid plan in place for serving the warrant, and the tedious work that takes place once the warrant has been served.

In the early morning hours of Saturday, February 26, 2022, this reporter was present as DeWitt Police Department and Arkansas County Sheriff’s Office officers gathered at the DeWitt PD. C.I.D. Bradley Wilson briefed those present with the details of the search warrant and explained that the resident was suspected to be in possession of drugs and alcohol and was suspected of distributing the items without a proper license. C.I.D. Wilson stated that there may be dogs on the premises and that there was construction of a fence taking place on the backside of the house.

Chief Steven Bobo then spoke with everyone and assigned officers to the back of the residence as well as assigning those who would approach the residence from the front. Chief Bobo emphasized the importance of the officers having their body cameras on throughout the search and being prepared for bystanders who may try to intervene during the search. He also ensured that each officer was geared with their vests, pepper spray, weapons, and any other needed gear.

Chief Bobo places the utmost importance on the safety of his officers and the citizens of DeWitt, and the officers work seamlessly together to ensure that every action is performed professionally.

With all officers briefed and ready, everyone then got into their vehicles and a single line. Chief Bobo said, “When we serve these search warrants, we prepare ourselves through the briefings and what we know of the subject. We then line up and roll out.” Once he was sure everyone was in line, he went over the radio and told everyone to “rollout.”

That was the moment that a feeling of “not knowing” became overwhelming to this reporter. Pulling up at a residence where you have no idea what may take place when that first knock is instigated raises your adrenaline level higher than you could imagine.

Upon arriving at the residence, I watched as everyone exited their vehicles and got into place. In these instances, it’s easy for the mind to wander and you begin asking yourself, “Am I ready for what may be on the other side of this door or what may happen?”

Although our police officers are trained to deal with those wandering thoughts, one can never truly know what they will be met with during these situations.

Once in place, C.I.D. Wilson knocked on the door of the residence and announced their presence and that they had a search warrant. With no response, Wilson announced their presence again but there was still no response from the inside. After multiple attempts to get a response from inside, with none occurring, Arkansas County Sheriff’s Office Chief Deputy Johnny Cheek returned to his vehicle to get the ram, which is a closed pipe with handles that is used to bash in a door. Returning to the front door of the residence, and still, with no response from inside, Cheek used the ram to gain entry into the house.

That moment. At that moment they could have been met with a multitude of scenarios and unknowns. As I watched them rush into the house, I couldn’t help but worry for everyone involved. Officers leave their loved ones every day to go to a job that is filled with many uncertainties. They do their jobs knowing that anything could happen, and it may be the last time they see their spouses, children, friends, or families. Thankfully, this day was a day that everyone, including the two individuals inside the residence, was safe and unharmed.

Clarence Ticey and Wanda Jones were escorted out of the residence shortly after officers entered the house and were placed in officers’ vehicles. Both individuals were well composed and complied with the officers in a calm nature. It was as close to perfect as it could be considering the scenario.

With the residence secured, the officers began searching the house and property. Impressed with how they performed their duties is an understatement. Each officer fell into place and began bagging evidence, calling in VINs, and documenting the scene.

Hearing their communication over the radio with dispatch was impressive as well. There wasn’t garbled communication. It was clear and precise. The serial numbers of the firearms were run, with multiple returns coming across the air as stolen. Others came back with no record.

A total of seven firearms were secured and taken in as evidence along with approximately 1 lb. 10 oz. of marijuana, approximately three grams of Methamphetamines, approximately fourteen Ecstasy pills, $3,302 in cash, numerous amounts of alcohol, drug paraphernalia, and three vehicles.

The professionalism portrayed by each officer was top-notch! We live in a small community and when something of this nature takes place, citizens want to know what is going on. Officers greeted those driving by with friendly smiles and continued performing the work needed to complete the search.

$7,740 in street value was removed from the residence and the two individuals were taken to the Arkansas County Detention Center. The investigation is ongoing, but the bottom line is that the DeWitt Police Department is dead set on ridding the city streets of drugs and will go to great extents to do so.

Chief Bobo, C.I.D. Wilson, Chief Deputy Cheek, Sergeant Hargrove, and all other officers did an exceptional job while performing the search warrant. They remained professional and respectful of the individuals and citizens driving by.

Although it wasn’t how anyone would want to start their day, the search warrant removed drugs, alcohol, and firearms from the streets and proves that DeWitt Police Department and ARCO Sheriff’s Office are working tirelessly to clean up the streets.

Ticey and Jones were transported to the Arkansas County Detention Center and placed on a 72-hour investigative hold as the investigation continues.

Chief Bobo stated, “I am very proud of the officers working at DeWitt Police Department.” In a post on social media he also stated, “If you are a drug dealer in DeWitt, you might want to rethink your profession because you may already be on the list of “Who’s Next in Line” for DeWitt PD to make a visit to your home. Don’t make us ruin your front door.”