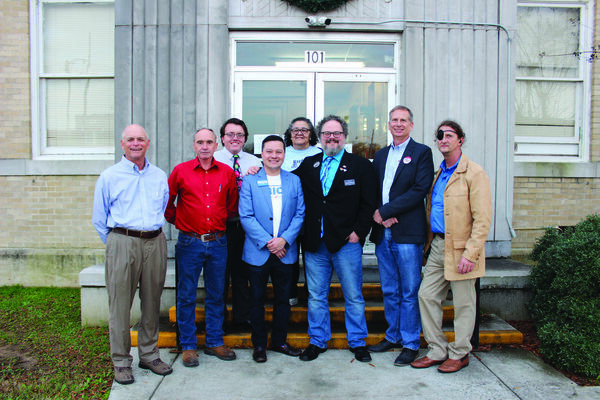 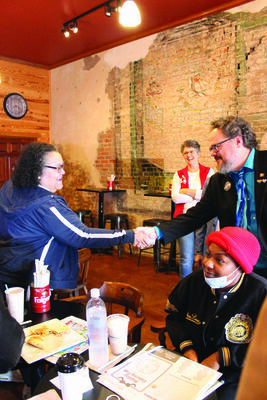 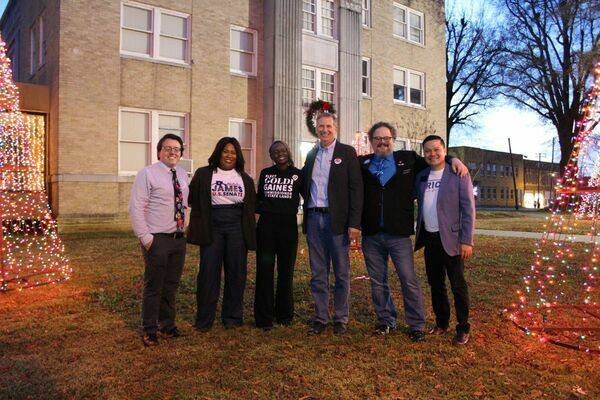 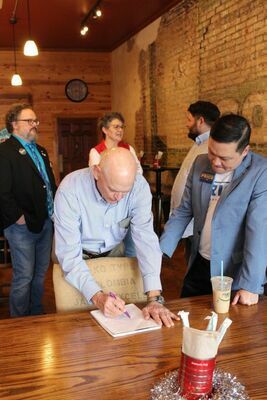 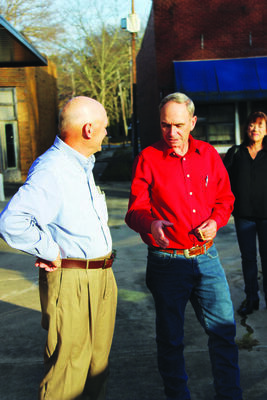 With the upcoming election approaching, candidates running for different offices are making their way across the state to meet with voters. On Friday, December 17, 2021, candidates for multiple state and county offices gathered at 420 & Turnrow coffee shop and met with local citizens and officials to talk about their visions should they elected. The event was hosted by The Democratic Party of Arkansas County whose chairman is Mike Nelson.

Candidate James Clifford Hart of Wynne, running for State Senate, is a graduate of Arkansas State University with a degree in Business Management. When speaking with Hart, he stated, “The legalization of adult use cannabis and the removal of barriers to industrial hemp production is another piece of the economic puzzle.” Hart promotes 21st century agriculture, small business ownership, and by removing barriers to that ownership it will strengthen Arkansas’s economy. Hart stated, “Job creation and enlarging our rural community’s revenue streams should always be the goal of state government.” For more information on Cliff Hart, visit https://www.cliffhartforstatesenate.com

Candidate Josh Price of Maumelle, running for Secretary of State, is a former Pulaski County Election Commission and a graduate of the University of Central Arkansas with a Bachelor of Science in Sociology with a minor in Public Administration. Price stated, “Voting isn’t a Democrat or Republican issue but a sacred American right that has to be protected at all costs. All Arkansans deserve to be able to freely and conveniently exercise their Constitutional right to vote and pursue the American Dream of owning a small business.” Recently, Price won a national award for protecting voting rights and overseeing elections during the pandemic. “Every vote is sacred—a vote is someone’s hopes and dreams for a better future. As Secretary of State, I will fight to protect the fundamental right of all Arkansans to make their voices heard, whether they live in a big city or a small town, like my hometown of Delight.” For more information on Josh Price, visit https://www.joshforarkansas.com

Candidate James R. Russell, III, running for Arkansas Governor, is a former Pre-Med Biology and Philosophy major from the University of Central Arkansas in Conway with a special interest in political/legal philosophy and bioethics. Russell believes in getting more value from our spending rather than increasing personal taxes. “I believe that our drug and opioid epidemic needs to be treated as the health crisis that it is rather than demonizing people and blaming them for a supposed failure in their personal character. They are our neighbors. They need our help, not our condemnation.” After spending the afternoon in DeWitt, Russell stated, “I want to thank the city of DeWitt and everyone who came to the Christmas Parade for inviting us to take part and have a chance to meet one another, however brief. I look forward to any and all opportunities to meet and talk with as many people possible. It is VITAL that we reinvest in our rural communities to ensure that they not only survive but thrive as we continue working together toward a better future and a more equitable Arkansas for all.” For more information on candidate James R. Russell, III for Governor, visit https://vote4rus.com

Candidate Goldi Gaines, running for Arkansas Commissioner of State Lands, is a graduate of the University of Phoenix with a Bachelor of Science in Business Management and a Master of Science in Business Administration. Gaines is focused on three areas of concern in Arkansas: poverty, hunger, and health. “I’m running for Arkansas State Lands Commissioner for the opportunity to service this great state and you the people.” Gaines stated. Gaines is the CEO of the Arkansas Anti-Poverty Group and a former advanced medical support assistant for the Department of Veterans Affairs Chief of Staff. For more information on Gaines, visit https://www.goldi4statelands.com/home

Candidate Natalie James is running for United States Senate. James wants to expand access to affordable health care, advocate for a living wage, end big money in politics, move our nation forward on the climate crisis, invest in public education, and restore hope and trust in our government. James was appointed by Mayor Frank Scott, Jr. to the City of Little Rock Land Bank Commission in 2020 and in 2021, the President of the Little Rock Branch of the NAACP appointed James to serve as Chair of the Branch Political Action Committee. James wants to take her commitment, dedication, grit, advocacy for justice and equality for all to the nations’ capital. For more information on Natalie James for U.S. Senate, visit https://www.jamesforarkansas.com

After meeting community members at 420 & Turnrow, the candidates attended the Lions Club Pancake Supper and participated in the annual Christmas Parade. Community outreach is important to each of the candidates and they each encourage you to learn more about them by reaching out to them through their websites or via social media.