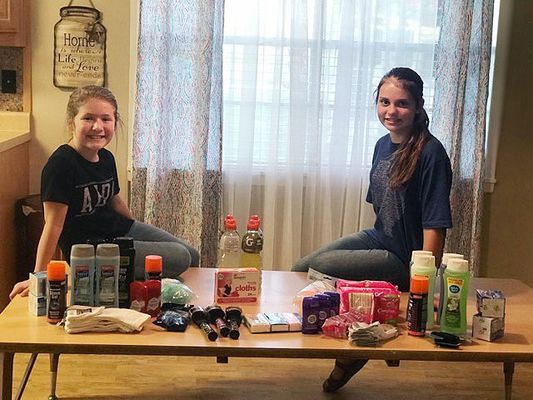 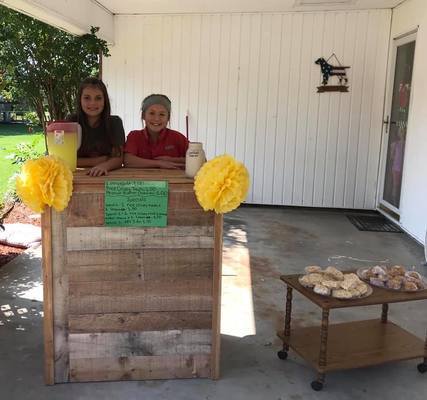 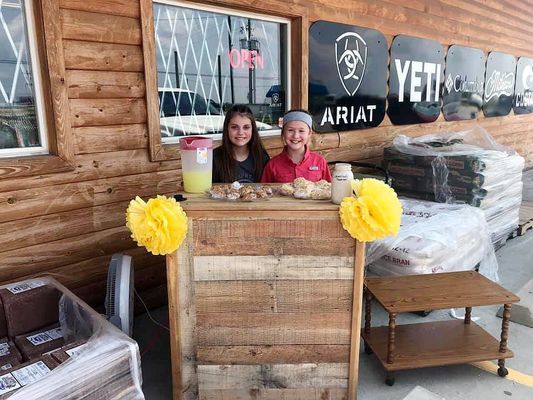 “Great opportunities to help others seldom come, but small ones surround us every day.” Sally Koch.

Two local youths have done just that. Kelsie Powell and Nataleigh Lawrence poured their hearts into hosting a lemonade stand to raise money to purchase items for blessing bags to be delivered to DeWitt Middle School during the 2019-2020 school year. “They were originally helping me gather things for three boys in need that were coming to our church,” stated Gina Lawrence. “When they went with me to deliver the items, they saw how just a simple gesture of helping someone in need felt and they were on fire to do more. That’s when they decided to do a lemonade and sweet treats stand.”

So, during the early morning hours on August 6, 2019, Kelsie and Nataleigh set up their lemonade stand at Can Cans Daycare and began selling lemonade, rice krispy treats, peanut butter chewies, and even “specials” they had put together. They later decided to move their stand to the front of Webb’s Sporting Goods to allow a larger group of people to stop by and make purchases and donations for their fundraiser. There were even “specials” that the girls had for sale. Those specials were a combination of items at a “special” price.
Kelsie and Nataleigh raised $145 and the proceeds were used to purchase personal hygiene items for students in need at DeWitt Middle School. They plan to host another fundraiser in the future, but with their busy schedules a date has not been set.
Kelsie is the daughter of Jeremy and Candice Powell of Ethel and Nataleigh is the daughter of Gina Lawrence and Corby Bisswanger of Almyra. Both girls are in the 6th grade and attend DeWitt Middle School. It was easy for them to work together on the fundraiser as they are best friends and cousins.

They would like to extend their gratitude to Bobby and Alicia Webb at Webb’s Sporting Goods for letting them set up their stand at the store, and also to the community members who helped the girls out by purchasing a sweet treat from them, or just donating to their cause.

The 2020 DeWitt School District Teacher of the ...