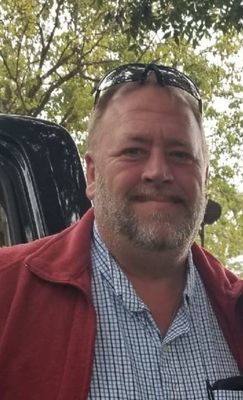 DeWitt Mayor Jimmy Black announced on Thursday, August 22, 2019 that Steven Bobo has been selected as the new Chief of Police at DeWitt Police Department and will begin his position on August 30, 2019.

A native of Washington County, Indiana, Bobo worked for an Indiana County Jail from 1990 until 1993 before going to work for EMS. He then moved to Arkansas County and began working for the Stuttgart Police Department in February of 2003. In 2007, he was promoted to Assistant Police Chief at the Stuttgart Police Department and he continued working there until 2018 when he took on the position of Deputy Sheriff at the Arkansas County Sheriff's Office.

Arkansas County Sheriff Todd Wright stated, "I hate to see him leave the Sheriff's Office, but he is going to make a great Chief for the DeWitt Police Department."

When speaking with Bobo, he stated, "DeWitt is a great town and I think we can make it even better. I want the citizens of DeWitt to know that I have several things I want to do with the department, but they will take time. I also want to work on the drug problem." Along with his years of experience in law enforcement, Bobo is a certified Law Enforcement Instructor and he plans to equip the DeWitt Police Department Officers with as much knowledge and training as is available to help them in their career.

Read the full article in the September 5, 2019 edition.

First Baby of the Year Born in Arkansas County

Letter to the Editor