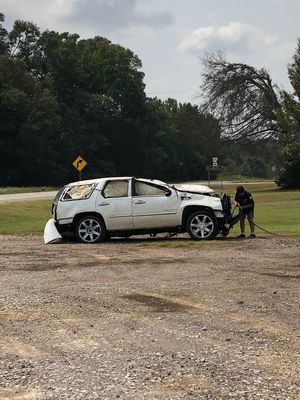 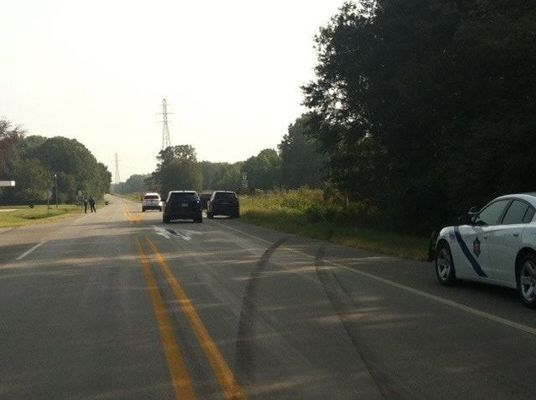 V1 WAS TRAVELING NORTH ON S.H. 1 ACTIVELY FLEEING FROM AN ARKANSAS COUNTY DEPUTY. THE DRIVER OF V1 LOST CONTROL CAUSING THE VEHICLE TO LEAVE THE RIGHT SIDE OF THE ROADWAY WHERE THE FRONT END STRUCK A TREE. V1 THEN CONTINUED TRAVELING NORTH THROUGH BRUSH. V1 THEN WENT AIRBORNE AND OVERTURNED EJECTING THE DECEASED PASSENGER. THE EJECTED PASSENGER WAS PRONOUNCED DECEASED AT THE SCENE BY ARKANSAS COUNTY CORONER COOPER ESSEX AT 8:35 A.M.

Earlier today, an Arkansas County Sheriffs Deputy attempted to stop a vehicle for speeding. When the deputy began approaching the stopped vechicle, the driver accelerated and led officials on a chase through DeWitt and then North on Highway 1. The vehicle continued along Highway 1 until it reached the city of St. Charles, where the driver lost control of the vehicle, veered off the highway and then crashed into a wooded area.

The front passenger was ejected from the vehicle and was pronounced deceased on the scene. The driver was transported by EMS to the hospital for testing.

State Police are still investigating and charges are being filed against the driver of the vehicle. A total of five people from West Helena occupied the vehicle, but the three back passengers were released at the scene.